Just added to your cart

5 reasons why yerba mate is good for your health

Drinking mate is not only delicious and feels cosy, but it is also good for your health. Yerba mate has several health benefits that you might have never heard of.

But first, a brief reminder.

What is yerba mate? 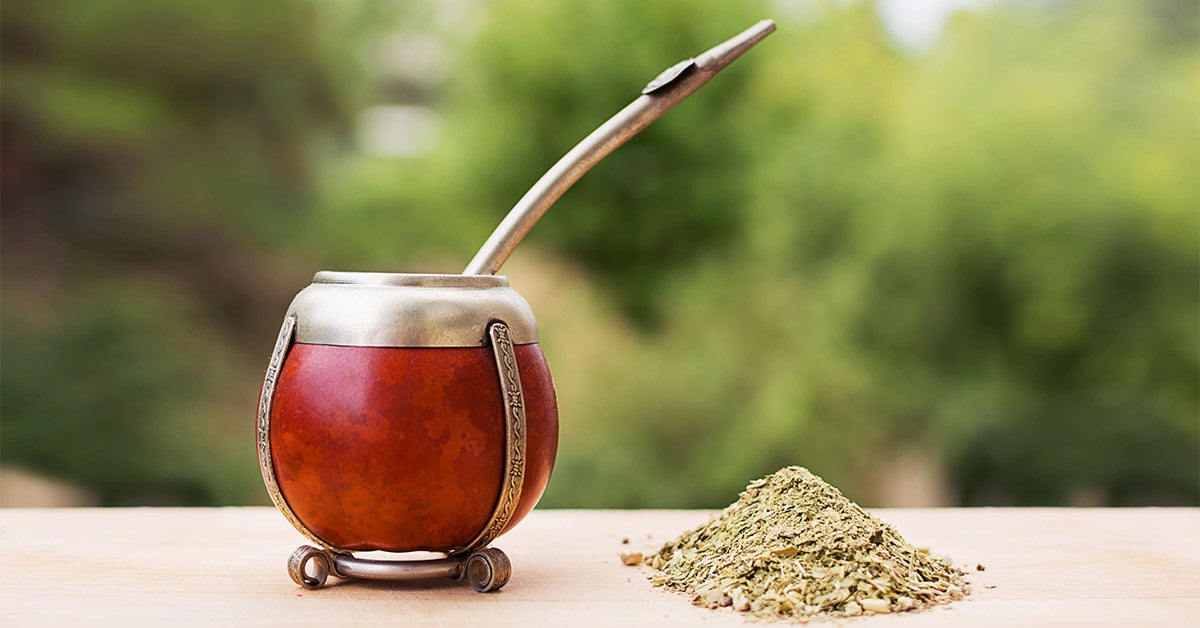 According to Wikipedia, yerba mate is a plant species of the holly genus Ilex native to South America. That plant is then dried and served in a gourd or cup, and after pouring hot water in it to make a kind if infusion.

We already know it is drunk by sucking a metal straw and that mate has a huge social meaning in some South American cultures.

So that we know what it is, let's see why it's so beneficial for you health.

We're not suggesting that too much caffeine is good for your health, no. But yerba mas has a caffeine cold "mateine", which has the same effect: it is going to help you stay awake and it is also going to improve your concentration and focus. That's why a lot of people have mate while studying or working.

Although coffee and mate might have the same amount of caffeine, the one in the yerba mate doesn't produce that addictive effect on our bodies. And it's normally more diluted when consumed, that's why our bodies digest it in a better way.

Yerba Mate has loads of nutrients and antioxidants

Yes! That's a fact: yerba mate does have good properties for your body. Among others, it contains:

Polyphenols: a group of antioxidants which reduce the risk of many diseases.

Caffeoyl derivatives: it's the main antioxidants in the tea.

Xanthines: stimulants that include caffeine and theobromine, also found in tea, coffee, and chocolate.

Yerba mate also contains a wide range of vitamins and amino acids that your body needs.

It has to be said, though, that yerba mate does not contain all these in large quantities, which makes it unlikely to make a significant improvement to your health.

Yerba mate is believed to help you prevent those infections caused by fungi, bacteria and parasites. For example, some components in it may help preventing the growth of Malassezia furfur, a fungus that causes dandruff and certain skin rashes.

Some studies also suggest that yerba mate does help to prevent the growth of intestinal parasites.

It is also believed that it can, up to some extent, deactivate the E. Choli bacteria, the bacteria that causes food poisoning.

Yes, yerba mate will help you keep your blood sugar level low and fight diabetes. As long as you have it without sugar, of course...

There're some studies that suggest this, but there's still no enough scientific proof that it will always be the case and that is will be a highly contributor factor when trying to keep sugar levels low.

Yerba Mate is good for sports

We already know that mate contains caffeine, which is known to improve muscle contractions, reduce fatigue, and improve sports performance by up to 5%.

Some studies also suggest that drinking yerba mate before doing exercise might help you burn more fat. But there's still not enough research on this and again, it will not be the main factor when trying to improve your physical performance.

Do your body a favour and drink more mate!

Now you've got plenty of new reasons to drink more and more mate everyday, isn't that amazing? Improve your health by enjoying a really nice and typical drink.

Please note that many scientific studies have not 100% proved the benefits of yerba mate, they're only suggestions. And any food and drink in excess is not good for your health.